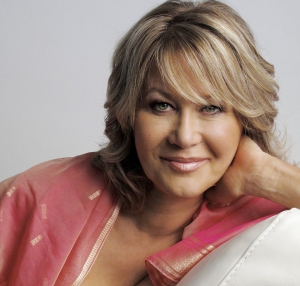 Born in Adelaide South Australia, Naomi’s singing career has spanned nearly two decades and the four corners of the globe, and she has performed in some of the world’s best venues and alongside some of the biggest names in music.

She studied music at Flinders University and jazz performance at Elder Conservatorium. Her career first took flight in Sydney, where she performed as a live and session vocalist, making regular appearances on such shows as Hey, Hey, It’s Saturday, The Midday Show, The Mike Walsh Show, Johno and Danno Show. There she joined the band Supermarket, performing with them regularly at The Basement and on the Sydney Jazz circuit.

In 1986, she conceived and created one of Australia’s most successful musical acts, The Fabulous Singlettes. With the Singlettes, Naomi toured Australia and gave numerous TV performances before going to the Edinburgh Festival, where they were named “Pick of the Fringe” by the BBC, and nominated for an Olivier Award in 1988. The Singlettes quickly became a familiar feature on the London landscape, playing for three years in various West End theatres, the Royal Albert Hall , The Palladium, Wembley Arena, appearing with Tom Jones, Dionne Warwick, Shirley Bassey, and at the Royal Variety Show. They were also familiar faces on British TV, including Live at the Palladium and their own specials on BBC and Channel 4. They released their live album “Stop in the Name of Love” in 1989.

In 1991, Naomi left the Singlettes to resume her solo career, beginning with her solo show “Naomi Eyers Lets Her Hair Down” in the West End. She formed her own band with some of London’s finest musicians–Tony O’Malley (10cc, Kokomo) Neil Hubbard (Joe Cocker’s Original Grease Band, Brian Ferry) , Andy Newmark (Sly and the Family Stone, Eric Clapton) to name a few. Through the ’90’s, she was regularly featured at Ronnie Scott’s Jazz Club (appearing with artists such as Arturo Sandoval, Delfeayo Marsalis, Andy Sheppard) the 606 Club and other London Jazz venues and on the continent. She continued to do session work both in London and Europe and performed as a guest vocalist on jazz, soul, and dance albums and international tours.

In 2003 she co-created ‘Women With Standards’ for The Adelaide Cabaret Festival that went on to perform at Edinburgh Festival 2006 to rave reviews, Fringe & Green Room awards.

Naomi now lives in Melbourne and continues to tour Europe with the Fabulous Singlettes as well as solo performances in London and Australia.

As she moved through the crowd singing… 4 men in my row faintedThe Age Newspaper
One of the top singers in the countryThe Daily Telegraph, Sydney
A soul singer of exceptional qualityThe Guardian, London
One of the best soul singers in EuropeSteve Rubie, 606 Club London 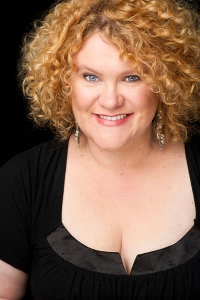 To get to this point, Melissa has toured Australia and New Zealand with productions of Jesus Christ Superstar (Harry M Miller/IMG), Les Miserables (Cameron Macintosh), Crusade (Melbourne Concert Hall), The Pirates of Penzance, The Mikado & HMS Pinafore (The Fabulous Singlettes/Esgee Melodies), Brigadoon (Meg), Eurobeat (onstage and as Assistant Musical Director) and in Japan, We Will Rock You (Killer Queen). Most recently she appeared in The Threepenny Opera (The Malthouse Theatre & The Victorian Opera) and last year created the role of Angel in Kathy Lette’s How To Kill Your Husband (The Victorian Opera), for which she received a Green Room Nomination for Best Female Performance in an Opera. She has also independently produced Stephen Sondheim’s Marry Me A Little and After the Beep.

In the last 5 years she has had a bit of a love affair with The Production Company performing wonderful roles in Carousel (Nettie Fowler), 42nd Street (Maggie Jones), Follies (Stella Deems), Damn Yankees (Gloria Thorpe), Crazy For You (Patricia Fodor) and Sugar (Sweet Sue).

Outside of the musical theatre world, Melissa is renowned for devising and performing her own cabaret shows alongside her husband and Musical Director, Mark Jones. Over a 13 year period, they have created many shows, including; What Do You Think of Me So Far?, Me and Mr Jones, A Walk on the Wild Side, No Room to Swing A Cat and Can You Hear Me Up The Back? These shows have been presented at venues locally and internationally including; Don’t Tell Mama’s in New York, The Sugar Club in Dublin, Downstairs at The Maj in Perth, The Adelaide Cabaret Festival, The Sydney Cabaret Convention, the Auckland Festival, The Melbourne Midsumma Festival, The Butterfly Club, Chapel off Chapel, Capers Cabaret and The Famous Spiegeltent at the Melbourne Festival. During this time, Melissa and Mark won The Sydney Cabaret Convention, and were awarded with two Green Room Awards for Best Cabaret Artiste and Best Cabaret Duo.

Most recently Melissa performed in the Queensland tour of Flat on Your Bacharach and co-produced Get Back – The Lennon & McCartney Songbook. This show toured Australia throughout 2010/2011, including The Adelaide Cabaret and Fringe Festivals and Downstairs at The Maj in Perth. Melissa has enjoyed workshopping many new Australian musicals other than Strange Bedfellows including How To Kill Your Husband (and other handy household hints) (The Victorian Opera) (Alan John/Tim Daly/Kathy Lette), After the Beep (Craig Christie and Mark Jones), The Black Widow (Gary Young and Paul Keelan), Halo (Marty Fields), Life’s A Circus (Anthony Costanzo), Sideshow Alley (Gary Young and Paul Keelan), Life By Drowning (Gary Young and Paul Keelan) and Martin and Gina (Daryl Emerson). She has been a member of the popular girl group The Fabulous Singlettes, and has performed with the group regularly since 1998 at many events in Australia including The Sydney Olympics, The Australian Grand Prix, The Adelaide Cabaret Festival and The Melbourne Comedy Festival. The group is in constant demand in venues across Europe and perform every year in Berlin. They have also toured Germany, Italy and Austria.

In concert, Melissa has appeared with The Aussie Pops Orchestra and is a regular soloist each year at Hats Off. She was a regular soloist on Good Morning Australia with Bert Newton and has also appeared on Denise, Hey Hey It’s Saturday and The Midday Show. She performs regularly in the studio and can be heard on cast recordings of Jesus Christ Superstar, Eurobeat – Almost Eurovision, The Pirates of Penzance & HMS Pinafore (Cast Recording and DVD) and on cabaret CD’s including The Fabulous Singlettes Live in Berlin, Eddie Perfect’s – Welcome to the Inside of Ed’s Head, Get Back – The Lennon & McCartney Songbook. Melissa’s solo album When the Rain Falls Up was released November 2001.

Gina has performed both in Australia and across the world in some of the most loved theatre productions of our time, as well as performing her own shows around the country and on the high seas.

Her first professional role was in the musical Scrooge at Melbourne’s Princess Theatre, which started her love affair with the theatre. Gina went on to perform in Beauty and the Beast, followed by Mamma Mia! and finally The Witches of Eastwick. She also has a long association with Andrew Lloyd Webber’s hit production CATS, beginning with a national tour, Cats – Runaway to the Circus, and then performing through South Korea and Athens, playing the role of Jellylorum/Griddlebone.

For the past eight years, Gina has been performing her one woman shows in theatres across the country: The Women of the 60’s, The Belles of Broadway, Night and Day – the Doris and Shirley Show, A Country Girl at Heart, Gems of Jazz and A Christmas Belle.

She has also sung with some of the most successful bands on the corporate circuit, is a voiceover artist, has appeared in television commercials and corporate videos, and was a regular artist on Good Morning Australia.

You can find out more about Gina by visiting her website – www.ginahogan.com