The Fabulous Singlettes are a playful, three-woman, post-modern musical celebration of some of the greatest hits of the 60’s,70’s and beyond. 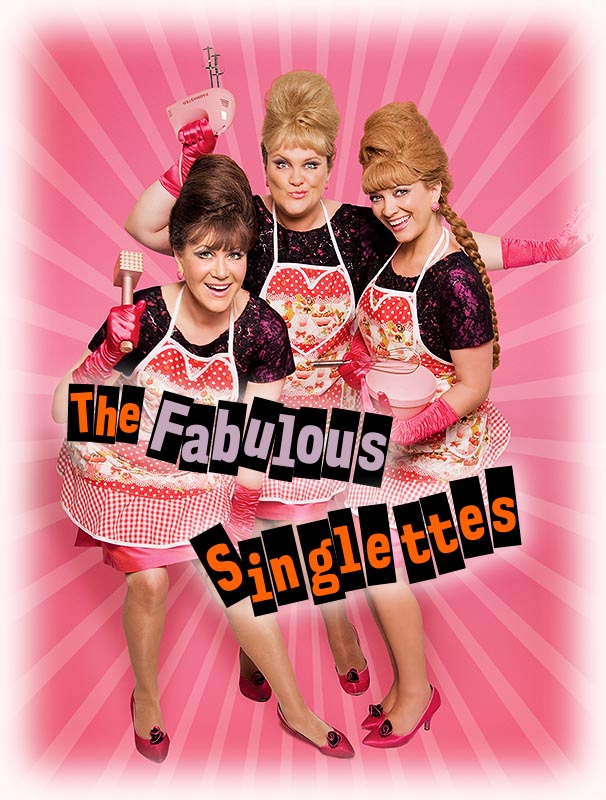 Naomi Eyers (“As she moved through the crowd singing ‘…, four men in my row fainted.” ~ The Age) Melissa Langton (“…a knock-out voice, impeccable comic timing” ~The Age) and Gina Hogan (“Gina had our patrons in the palm of her hand… Brilliant” ~Hamilton Performing Arts Centre) sing up a storm, plus of course dance moves to die for, frocks galore and beehives that are a triumph of hairspray over gravity.

But it’s the impeccable harmonies and sly, camp humour that have made this mega-girl group a hit all over the world. The Fabulous Singlettes celebrate the Sixties with immaculate covers of the Girl Group era (think The Ronettes, The Supremes, The Chiffons, The Shangri-Las, Dusty Springfield and many many more). They combine this with outrageous humour, which sends up the fashions and attitudes of the decade that changed the world.

Yes, The Singlettes have been there and done that–from Sydney to London, Hong Kong to Berlin, and Vienna to Verona–spanning their own TV specials, Royal Variety Shows, and London’s West End, and reaping a slew of awards and rave reviews along the way.

The girls neatly exhume the bodies of a glorious era that had most of America’s women performers staggering under the weight of hair-do’s and lashings of mascara.

But the girls have moved on from their earnest beginnings more than 20 years ago. Their latest 75 minute show includes several costume changes as the girls swap the beehives of the 60’s to the Farrah flicks of the 70’s as they visit the decade that style forgot in a blistering finale.

Though the songs and the attitude may have changed–from pre-feminist beehives and bobby-sox to bra-burning and beyond– the girls still pack’em in and leave ’em cheering for more wherever they perform.